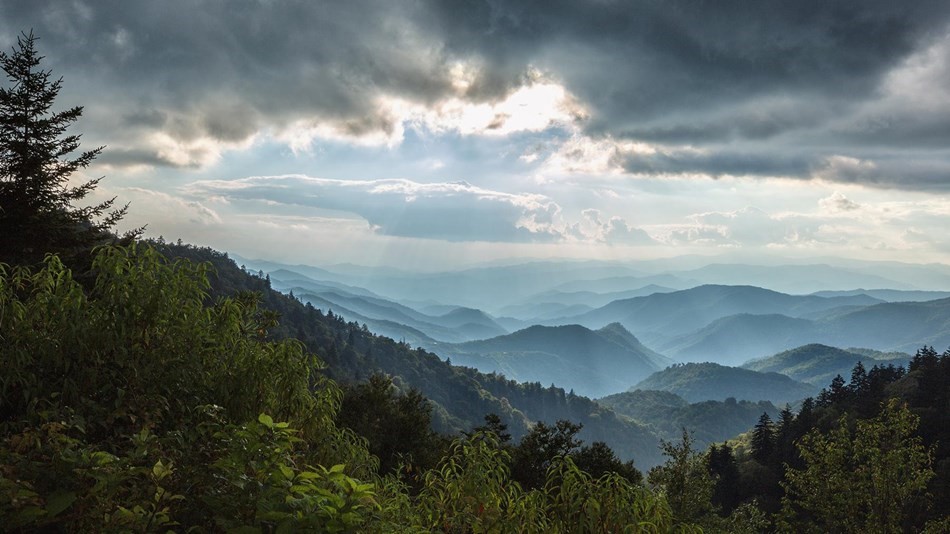 The Blue Ridge Parkway is an All-American Road and a National Parkway which runs through the states of Virginia and North Carolina. Well-known for the magnificent scenery that it offers, the Blue Ridge Parkway is the longest linear park in the US, running over 469 miles and connecting the Shenandoah National Park in Virginia and the Great Smoky Mountains National Park in North Carolina. A large part of the Parkway runs along the spine of the Blue Ridge, a major chain of mountains which form a part of the larger Appalachian Mountains.

Originally called the Appalachian Scenic Highway, the Parkway began to be constructed during President Franklin D. Roosevelt’s administration. Construction work started in North Carolina near Cumberland Knob on September 11, 1935, and in Virginia in February, 1936. The project was then authorized by the Congress in 1936, renamed the Blue Ridge Parkway, and placed under the National Park Service’s jurisdiction.

After much trouble from many ends (including displacement of residents and protests from the Cherokee tribe), the pathway was finally completed towards the end of 1966. Even then, a 7.7 mile-long stretch of the pathway which included the Linn Cove Viaduct which is located around Grandfather Mountain had remained; and finally opened in 1987 – 52 years since construction first started. Extremely popular among visitors, the Blue Ridge Parkway has featured as the National Park System’s most visited unit every year since 1946, bar the years 1949, 2013, and 2016.

A Beautiful And Picturesque Drive

The Blue Ridge Parkway in North Carolina runs along the Blue Ridge Mountains and spreads across a distance of 252 miles. The Parkway’s headquarters are located in Asheville, North Carolina – a city that is well-known for being the home of literary giants such as F. Scott Fitzgerald, Thomas Wolfe and Carl Sandburg. Not only is the Parkway itself a spectacle, and makes for a beautiful and picturesque drive; it also offers many other activities that one can enjoy whether they are on their own or are with family and friends.

Apart from driving, there is a lot to do here, from outdoor activities hiking, biking and camping, to watching nature, to visiting the historic and cultural sites. 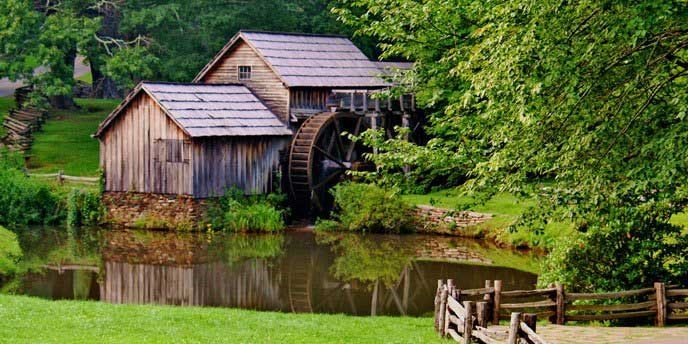 As mentioned already, the Parkway is dotted with numerous stops or “mileposts,” each of which have their own quirks and characteristics, and visiting them would only add to one’s experience. Asheville’s Blue Ridge Parkway Visitor Center itself has an interactive map of the Parkway that spans over 22-feet. And then of course, there is the Linn Cove Viaduct, a great example of marvelous engineering and a must drive-through.

Some of the most interesting milestones on the Blue Ridge Parkway in North Carolina are:

Milepost 382 – The Folk Art Center: One of the Parkway’s most popular attractions, the Folk Art Center runs in partnership with the Southern Highland Craft Guild, and showcases the creations of the finest traditional as well as contemporary Southern artists. Craft demonstrations are held here daily from March till December.

Milepost 294 – Moses Cone Memorial Park: Home to the philanthropist, conservationist and textile entrepreneur Moses Cone’s exquisite 13,000-square-foot mansion, the Park itself is sprawled over an area of 3,500-acres, and offers several the chance to do several activities such as fishing, horseback riding, hiking, and cross-country skiing, among others. It even houses a beautiful crafts shop.

Milepost 305 – Grandfather Mountain: Spread across 2,500-acre, the Grandfather Mountain is a preserve, which, besides being home to the Mile High Swinging Bridge, also features rich wildlife, trails to hike on, picnic and camping spots, as well as a family-friendly Nature Museum.

Milepost 443 – Balsam Mountain Inn, Balsam: More than a century-old, this historic inn is an ideal place for a romantic getaway. Besides over 50 guest rooms and suites, each of which is furnished with its own kind of décor. It is equipped with several amenities, including (but not limited to) hiking trails, a library, a gift shop, and an award-winning restaurant.

NatureBreak.org is devoted to helping people across North Carolina find a way to take a break from their busy, bustling lives and get outdoors to reconnect with nature and natural surroundings. Our hope is to inspire you to take your own Nature Break!